“There are a lot of things that make the city really work, but without a good art platform, I think a city just doesn’t have a soul.” 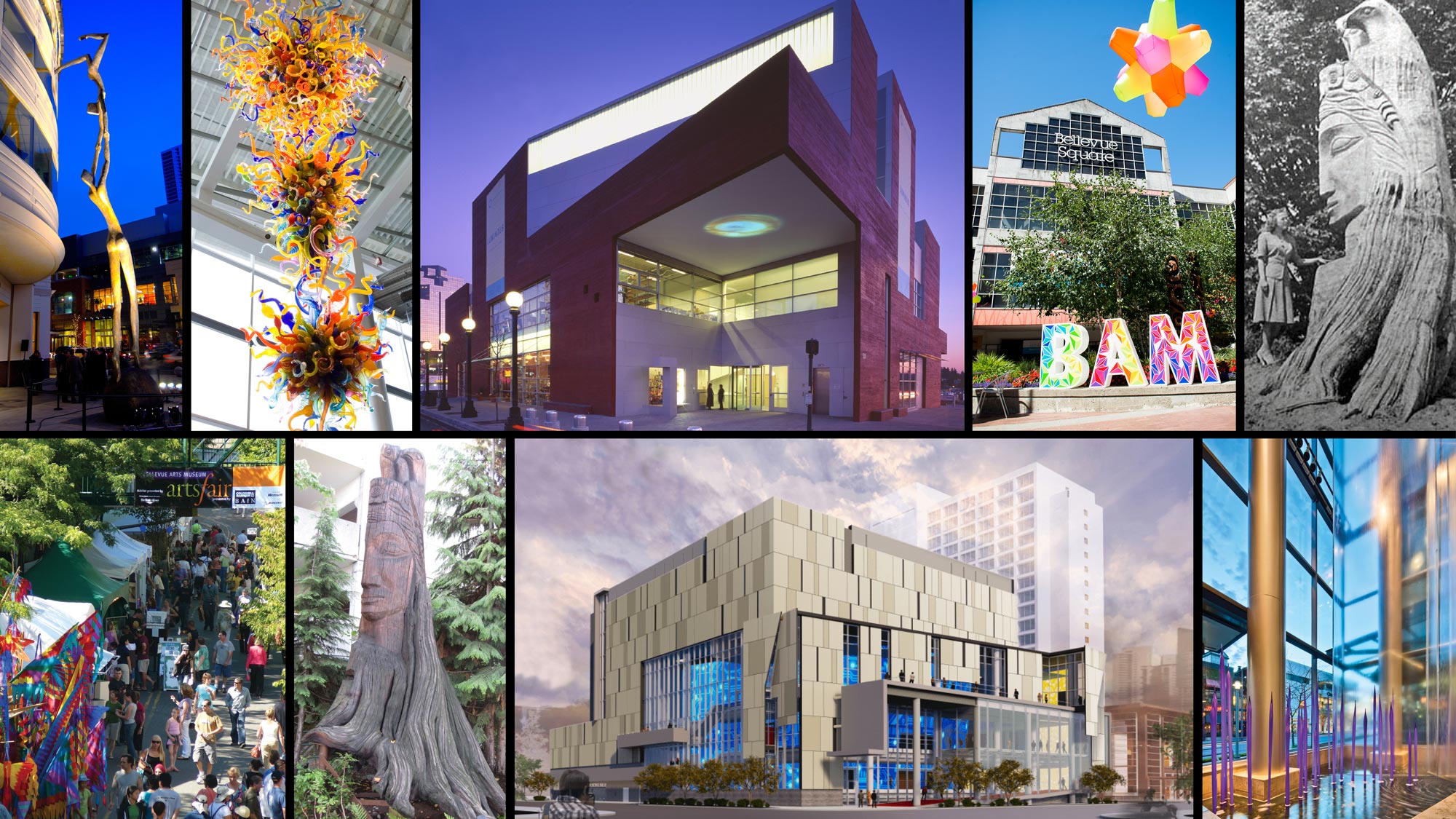 Kemper is dedicated to promoting and sharing fine arts with the community of Bellevue. That commitment can be seen as he led the capital campaign to help the Bellevue Arts Museum move to their new home, his leadership role in bringing a performing arts center to Bellevue, and even in the fine art installations shared with the public throughout The Bellevue Collection. In talking about the arts, Kemper says, “Supporting the arts is just one of many initiatives that makes the quality of life on the Eastside so high and enriching for our families. I am fortunate enough to live and raise my family here in Bellevue and exposure to art, whether it is in a museum or in a public street or building, is so important to building our community and culture.”

The Bellevue Arts Museum is today one of the premiere art galleries on the West Coast. Its history in displaying fine art and crafts is intimately intertwined with the heart and soul of Bellevue Square. In fact, without Bellevue Square, chances are this incredible art museum in Bellevue wouldn’t exist as we know it today.

The beginnings of an art museum in Bellevue can be found back when the original Square was being constructed in the 1940s. A restaurant space designed by architect Bliss Moore included an art gallery motif with alcoves where fine art pieces by local artists could be exhibited. The restaurant, called the Crabapple, opened in December 1946 under the management of Carl Pefley, who began recruiting top artists to display their work on consignment. The artworks sold briskly, and soon some of the best artists in the Pacific Northwest were calling Pefley to have their work shown.

The Bellevue Arts Museum ARTSfair began in 1947 as the Pacific Northwest Arts & Crafts Fair. Kemper recalls, “Carl didn’t like to say no to anybody. One day, he called my grandfather and said, ‘I have all this art coming in. I have no room for it. What are we going to do?’” The answer was an outdoor summertime art fair where the works could be exhibited around the madrona tree in front of the Crabapple. In September 1947, nearly 100 artists showed up with four times that many paintings. What started as a simple solution to a space problem took on a life of its own and became an immediate success.

When Kemper rebuilt Bellevue Square in the 1980s, 10,000 square feet were set aside on the third level of Center Court for the Bellevue Arts Museum. Fine art in Bellevue now had a true home as the museum was given space, paying just $1 a year in rent. The museum stayed there until 2000, when it moved to a newly expanded space across the street.

Art at The Collection

At The Bellevue Collection, we believe the positive relationship between art and a community reveals a historical continuum and provides a legacy for future generations.

Bringing a home for the performing arts to Bellevue has required years of dedication. As far back as 1980, many leaders in Bellevue believed that the community needed its own performing arts center, separate and distinct from anything on the west side of Lake Washington. Kemper was one of those who in 1984 volunteered to lead a public-private partnership to help build such a facility.

The plan supported by Kemper was approved in January 2002 and the Performing Arts Center Eastside (PACE) was born. The unanimous yes vote by the citizens’ advisory committee was subsequently endorsed by the Bellevue City Council. Kemper then announced the donation of land valued at over $8 million. The donation, along with a subsequent gift and Kemper’s involvement as co-chair of the PACE’s capital campaign, are helping to ensure theater, dance, and the music of the Seattle Symphony and others will find a state-of-the-art home in Bellevue. PACE will not only bring the best of the performing arts to its two-theater venue in downtown Bellevue, it will enhance and transform the community. Learn more about Performing Arts Center Eastside.